Position is a rocket that will fly you to the moon.

When the second world war ended, another began. The cold war pitted the world’s two superpowers against each other. It wasn’t just a clash of nations, but a battle of ideologies. The democratic and capitalist United States of America versus the communist Soviet Union. For years, both countries fought battles of espionage and traded threats of nuclear destruction.

Perhaps the most symbolic battle was the space race. During the late 1950s and early 1960s, the Soviet Union were in the ascendancy. They launched the first satellite, Sputnik, on 4 October 1957. Yuri Gagarin became the first human to orbit Earth in April 1961. In the years to come Soviet cosmonaut Valentina Tereshkova would become the first woman in space. With a number of notable other firsts, the USSR were firmly in front.

Time to act
In September 1962, President John F Kennedy took action. He saw the space race as the route to wider victory and decided this would be the focus of the US. In an address at Rice University, he took a position, proclaiming that the US were choosing to go to the moon. Not just sometime, but before the end of the decade. By landing a man on the moon and returning him safely to Earth, the US would make all the prior achievements of the USSR look inconsequential. If the US could do this, it would be a demonstration to all that they were the leaders of the free world.

The goal that JFK set was immensely challenging. The moon is 240,000 miles away from Houston. New facilities would have to be built all over the southern United States. A rocket of over 300 feet would be required, consisting of new metal alloys that hadn’t even been invented. The whole mission would be fraught with danger. Indeed, three astronauts died in 1967 during a rehearsal for the Apollo 1 mission. And then there was the money. The programme would require a budget of $5,400 million per year from taxpayers’ pockets.

Building a rocket
JFK needed to do more than just set out his position. He needed to unite people behind it. He needed to inspire them to make great efforts and achieve superhuman feats. The speech he gave at Rice University did just this. He built a bond with the American people, establishing the mission as a collective undertaking. The word “we” made up over 2% of his word count. He drew on his nation’s great history and painted a picture of what success would mean for their future, saying: “Only if the United States occupies a position of pre-eminence can we help decide whether this new ocean will be a sea of peace or a new terrifying theatre of war.” He used the scale of the challenge to highlight how glorious victory would be, saying: “We choose to go to the moon in this decade and do the other things, not because they are easy, but because they are hard, because that goal will serve to organise and measure the best of our energies and skills.” 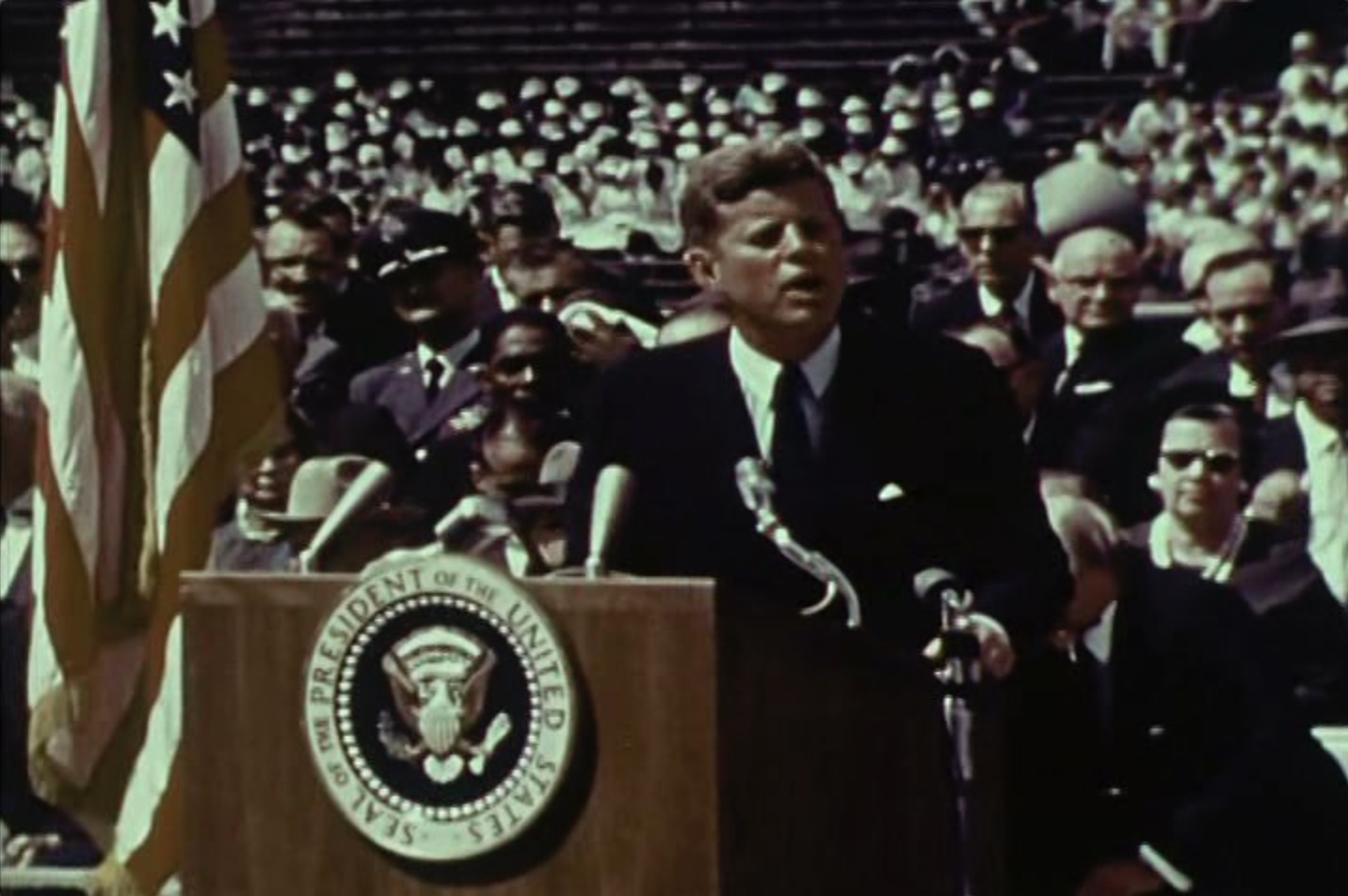 It would be another seven years after his speech that Apollo 11 would blast off for the moon. While incredibly powerful, one speech cannot make a vision come true. In 1963, NASA hired George Mueller who instituted a mass of organisational change. He threw out the old siloed approach to working and created an organisation with a single interconnected mind. Symbols were used to remind people of the vision, such as the Apollo 11 mission patch. Astronaut Jim Lovell suggested featuring an eagle, the national bird of the United States. The idea for it to be carrying an olive branch, as a symbol of their peaceful intentions, came from computer expert Tom Wilson. It was a potent metaphor for the position JFK had set out years earlier – the leader of the free world travelling through space in peace. One of the most well-known examples of the impact of JFK’s vision was when he visited NASA, and paused to speak to a man sweeping the floor. He asked the janitor what his job was, to which he received the reply: “Sir, I’m helping put a man on the moon.”

The power of a position
The space race was about more than being first to the moon. It was a victory for people, a nation, beliefs and faith. The US demonstrated their might to the world and illustrated perfectly the qualities of a powerful position. JFK chose to focus on space and build his nation’s position around this. He energised people behind his vision by conveying it with personality and playing to their pioneering spirit. Space travel was sold as the natural next frontier for the leaders of the free world. Crucially, the vision was kept alive day in, day out. Any brand – be it a business, product, government, charity or place – can learn a lot from this. At Squad we belief passionately in the power of positions and how far they can carry you. We have a phrase that was inspired by the space race: Position is a rocket that will fly you to the moon.

Coming next
This is the first in a new series of papers that form part of our Position Project. We’ll be revealing how to find, take and sustain a powerful position. Our Papers will lift the lid on how positions are a creative exercise as much as a strategic one. And we'll show you how to escape PowerPoint decks and create a position with unstoppable momentum to power your growth. The articles will draw on our work with high growth scale-ups through to established global brands, as well as our studies of the best performing brands catalogued in the likes of the Sunday Times Top Track 250 and researched by leading global institutions.

In the next article we’ll share the four engines of position that make brand positions so powerful. If you can’t wait to start thinking about your own position, then our Position Power Tools are the ideal place to start – particularly our Calculator, which is a free self-assessment tool to measure the power of a brand’s position and assess its strengths and weaknesses. Available at https://squad.co/position-project/tools/ 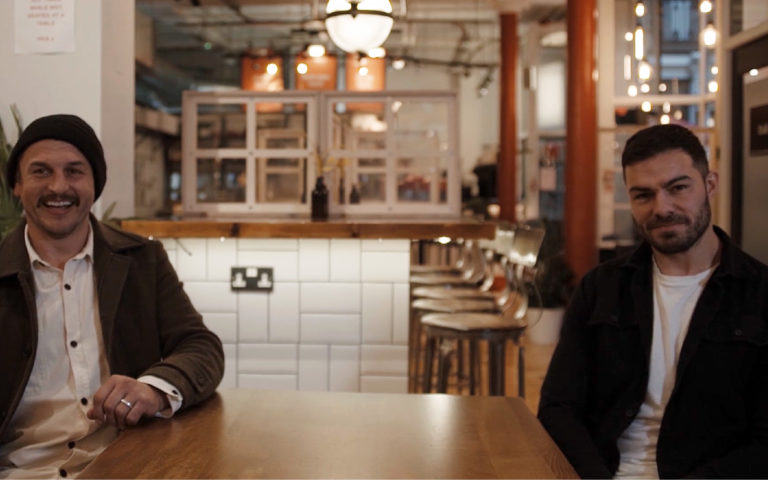 Pot Kettle Black burst onto the Manchester hospitality scene in 2014 and has since expanded across the city. All the while founders Jon Wilkin and Mark Flanagan have continued to play rugby league at the top of the professional game. We sat down for a coffee to talk about how finding their position unlocked their potential. 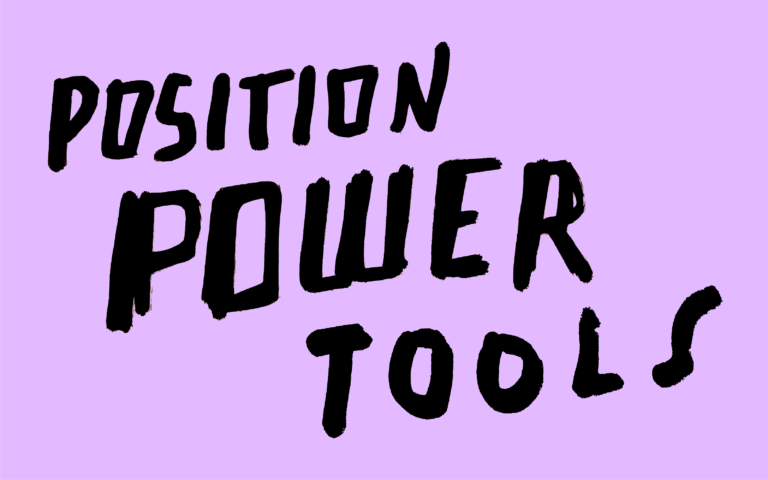 Our Position Power Tools are built around the unique culture and approach that Squad uses to find, take and sustain positions. There are four tools designed to educate, inspire and support people looking to learn more about powerful positions.