The third part of a position: Personality

#Paper 8 | The third part of a position: Personality

Maya Angelou said: “People will forget what you said, people will forget what you did, but people will never forget how you made them feel.” While advertising legend Dan Wieden put it in more succinct terms: “Move me dude.” A brand can have defined its space and purpose, but it needs to find a personality that allows it to convey what it stands for in compelling, unforgettable ways. This is the third and final part of how we define a position: personality.

The power of personality
Werner Erhard taught that “all transformations are linguistic”. Many behavioural psychologists hold the same view: that language is the precursor of behaviour change. A brief look through the history of advertising is testament to the power of words. Probably the best lager in the world. Because I’m worth it. The ultimate driving machine. The world’s favourite airline. Got milk? Words like these have penetrated the world’s consciousness and transformed the fortunes of brands.

We often use the image below – adapted from an advert we shared in an earlier paper – to illustrate the power of expressing the same strategic direction in different ways.

A cautionary tale
Creating a magnetic personality for a brand can be so powerful that it can negate the importance of the other parts of a position. This is dangerous. A seminal book on positioning is Ries and Trout’s book: Positioning – The Battle for Your Mind. The authors cite the example of Avis taking on Hertz, the market leader. Hertz was the best known car-hire company and therefore the default choice for most people. For 13 years in a row, Avis lost money. Then they started to run advertising with the message: “We’re number two, so we try harder.” In each of the next three years, their profits doubled and they were sold.

Avis still use the strapline: “We try harder.” They don’t, however, still use the words: “We’re number two”. This is because they are now number three in the market. Both Avis and Hertz have been overtaken by Enterprise, who are now the number one brand. Hertz and Avis focused so much on the airport market that when passenger numbers were hit by 9/11 and then the recession, they were left vulnerable. Enterprise had more town and city locations, which offered a less cyclical and more profitable model.

Avis’ issue was that they developed very effective communications, but they neglected the other parts of their position. Avis was competing in the same space as Hertz and the underlying purpose (to deliver excellent customer service) was arguably true of both brands. Enterprise may not have had the same personality as Avis, but ultimately the space they were competing in made them better positioned.

Manifestos
A good technique for developing the personality of a brand is to write a manifesto. An example is our work for Pot Kettle Black – a coffee shop and bakehouse chain that was started in Manchester. We worked with the two founders to identify the space and purpose parts of their position. They were vying for the same audience as many others, in a very competitive space. Their offer differed though, in that they were providing an Australian-inspired menu and drinks range. We articulated their purpose as being to offer “sunny Antipodean coffee culture under grey northern skies”. The manifesto, and hero headlines we extracted from it, show how this was conveyed in a powerful and distinctive way. 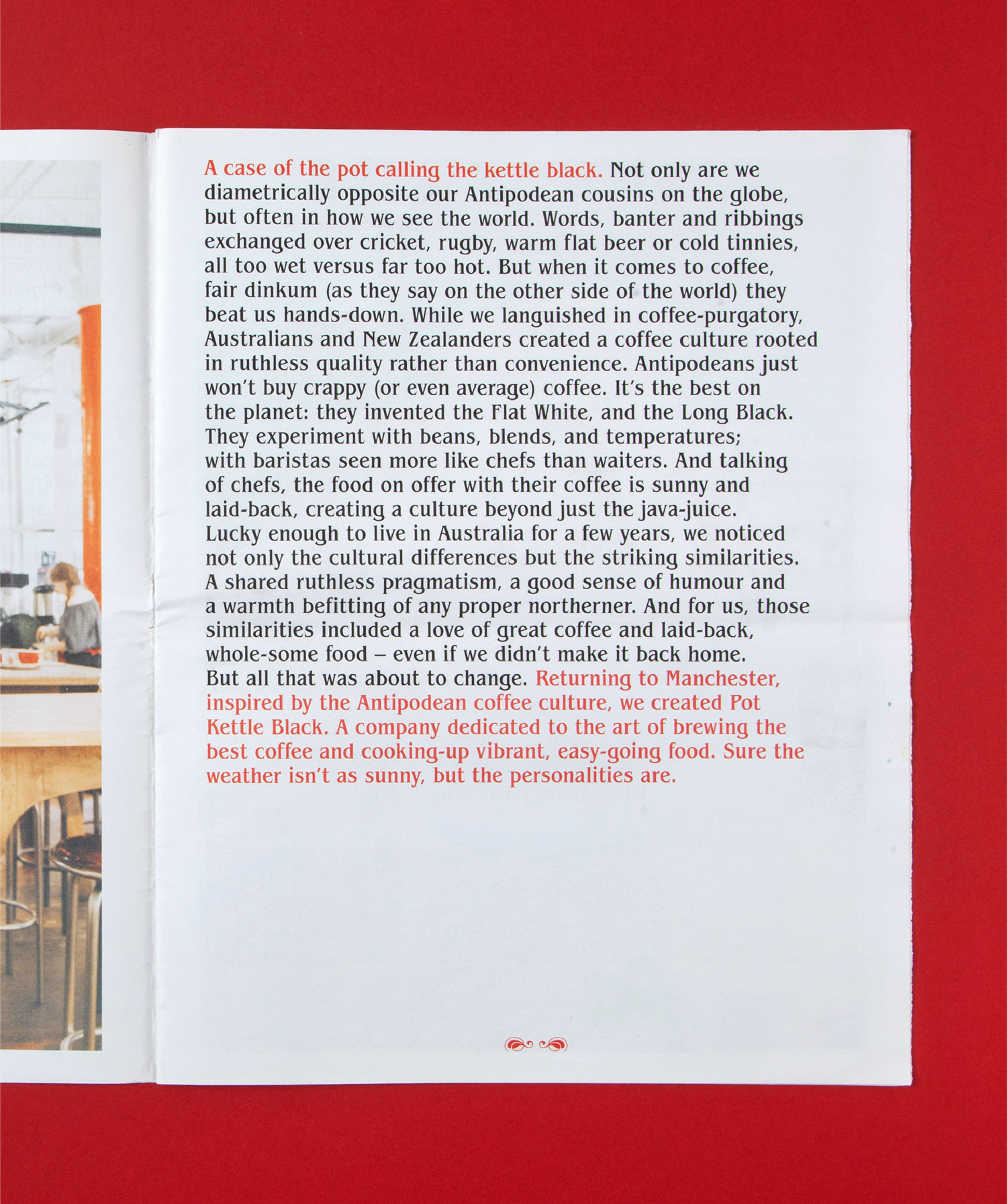 If your budget can stretch to it, then another good technique is to make a brand film. Bringing the manifesto to life with music and imagery is more powerful than words alone. It adds colour, depth and emotion. It also provides a valuable asset that can be used to communicate the brand’s position as part of a staff launch. The film will also have ongoing use in recruitment and sales presentations. Below are examples of films we made for JW Lees and Tebay, whose positions have been covered in previous papers. These are professionally shot and produced, but both started life as rough-cut films made in iMovie by our team. This doesn’t provide you with an asset you can use, but it’s a great way to develop the personality of the brand during the position-development process.

What's next
We’ve now covered all three parts of positions: space, purpose (including pillars) and personality. They’ll be a short break before our next batch of Papers while we focus on other parts of the Position Project. Watch this space for these, and more Papers before long. If you can’t wait to start thinking about your own position, then our Position Power Tools are the ideal place to start – particularly our Calculator, which is a free self-assessment tool to measure the power of a brand’s position and assess its strengths and weaknesses. Available here. 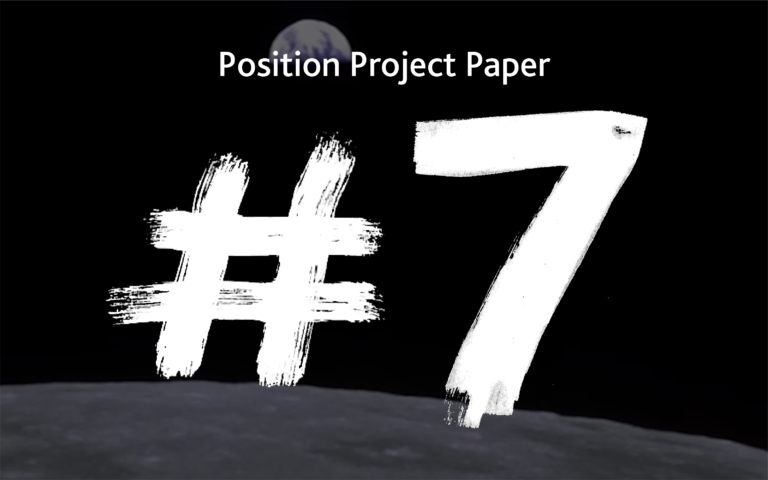 There’s an ancient Japanese proverb which says: “Vision without action is a daydream; action without vision is a nightmare.” This describes the relationship between purpose and pillars. Purpose is an idea, a strategy, a direction of travel. But stopping at the purpose and leaving people to it will end in chaos. People need more meat on the bones, more specifics about what it means to deliver on the purpose. This is the role of pillars. 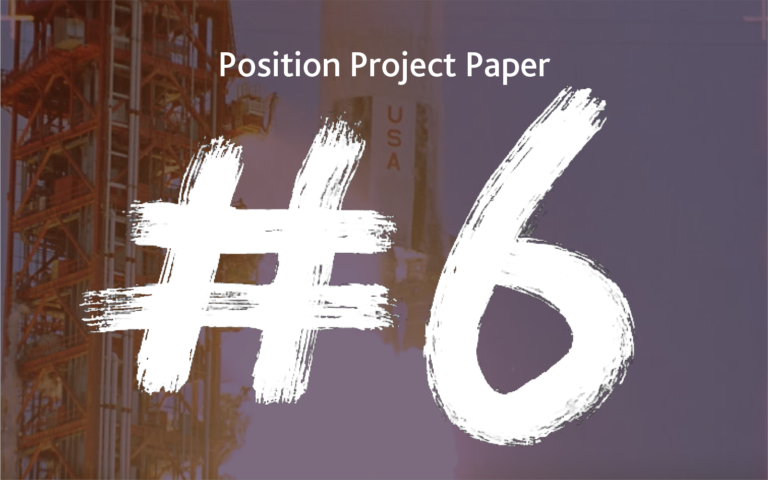 Paper #6 | The second part of a position: Purpose

The most successful brands don’t just know where they compete, they define why they exist. This is vital because it gives the brand a bigger mission, a purpose that’s shared by all its people. It also allows the brand to build a deeper connection with customers beyond the functional elements of their offer. Purpose is the second part of how we define positions.