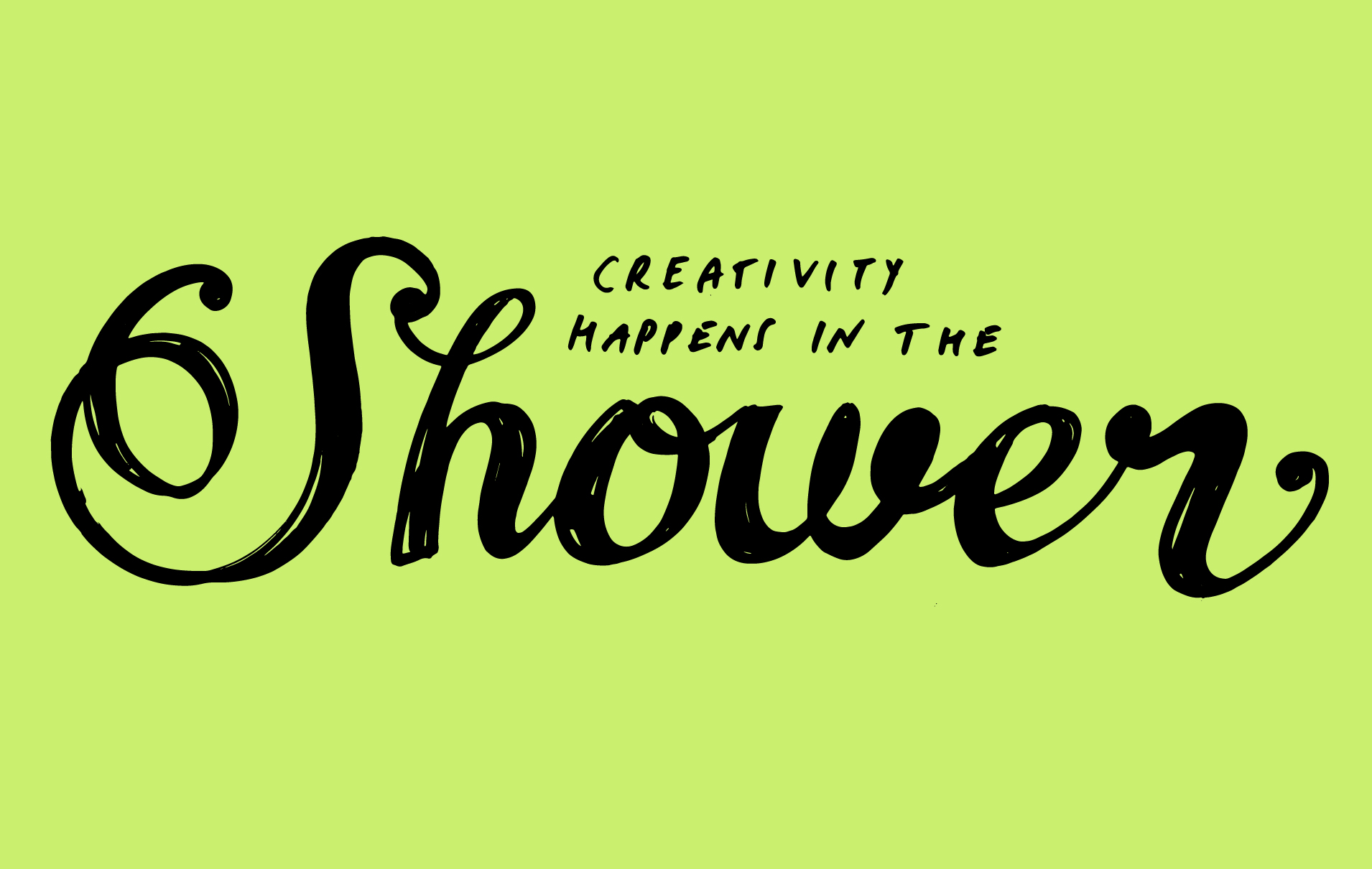 In my previous post I looked at how we all have the capacity for creative thinking because we all have a left and a right brain. When we’re given a problem to solve, the left brain logically considers the various possibilities. When no solution presents itself, brain activity shifts to the right hemisphere, which allows more unexpected possibilities to be considered.

An idea occurs to us when a new configuration of neurons forms in the brain. Giving the brain some downtime aids this process. During relaxing activities, such as taking a shower, more alpha waves radiate from the right hemisphere. Studies have shown that until these waves are produced the brain will be unable to solve insight puzzles.

So, time to relax is important, but we can’t all work permanently from our showers. Another aspect to consider is fresh perspectives. These can help the brain to form connections that it may not previously have considered. In his TED Talk, Steven Johnson explains that throughout history ideas have tended to come from places where people from different backgrounds are likely to have new, interesting and unpredictable conversations.

Many of the world’s most creative businesses have applied this principle to their office designs. At Pixar, the toilets, kitchen and other communal facilities were purposefully placed at the centre of a circular office so that everyone would be forced to bump into people from different departments. They wanted to foster chance conversations. In our own office, we’ve covered the walls in magnetic sheeting and everyone sticks up work-in-progress rather than keeping it secret on their computers. This encourages spontaneous comments and observations.

Team composition is another important principle. Brian Uzzi, a sociologist at Northwestern University, Illinois, explored this by studying Broadway musicals. He evaluated 472 different productions between 1945 and 1989, measuring the “social intimacy” of the teams working on the productions. A team that had worked together several times before would have high social intimacy. His work showed that musicals with low social intimacy were more likely to fail because the artists didn’t know each other and struggled to share ideas. But equally, when the social intimacy was high, success was also compromised. Uzzi concluded that creative collaborations have a sweet spot: “The best Broadway teams had a mix of relationships. These teams had some old friends, but they also had newbies. This mixture meant they could interact efficiently, but they also managed to incorporate new ideas.”

This doesn’t mean we should all work in a constant hubbub surrounded by colleagues with whom we share medium social intimacy – or at least not all the time. Periods of lone working are as important as serendipitous interactions. Steven Johnson gives the example of Darwin, whose autobiography says that his theory of natural selection arrived in a Eureka moment while sat in his study. However, a scholar named Howard Gruber went back and looked at Darwin’s notebooks. He found that Darwin had the full theory of natural selection for months and months before his claimed epiphany. He had the concept, but was unable to fully think it through or articulate it. Great ideas often fade into view over long periods of time.

Susan Cain, in Quiet: The Power Of Introverts In A World That Can’t Stop Talking, highlights how difficult it can be to find time for ideas to gestate in the modern world: “Calls, texts, emails … even when we’re alone we’re never really alone any more. In the old days a two-hour train journey might be a time when a manager would sit and think about some issue or other they’d put on the back burner, or just let their mind roam over how the business was doing and what they could improve. Now, there’s no reflective time.”

Jason Fried’s TED Talk highlights a similar point. You cannot ask people to be creative in 15 minutes. To think deeply about a problem and be creative you need long stretches of uninterrupted time. Yet offices are inherently places where people are interrupted a lot. While open-plan offices and meetings can help foster creativity on one hand, there is also the need to allow the time and space for solitary working.

Everyone has the capacity to be creative, but by thinking about our workplace design, collaborators and working practices, we can all unleash more ideas within our organisations.

A digest of our best thoughts from the intersection of strategy and creativity.

The Words What We Wrote

A digest of our best thoughts from the intersection of strategy and creativity. Words are taken from our journal, work and social media. The Words What We Wrote is dispatched by email quarterly and as a printed newspaper annually.

Just the email field is compulsory, but we can only send the printed version to those who complete the form in full. Give it a whirl and see if you like it. If you don’t, you can unsubscribe in seconds as per our Privacy Policy. 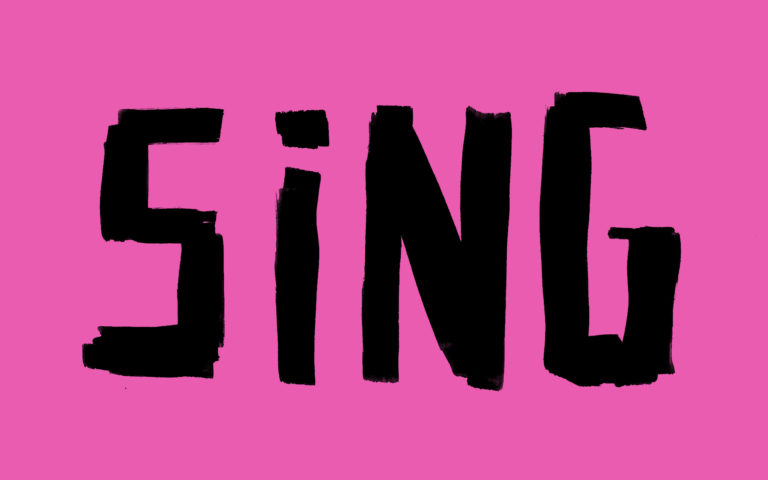 Berry Gordy Jr had been a professional boxer, US soldier and an unsuccessful record-shop owner. But he found himself working in a Detroit car plant. A monotonous job: not at all where the ambitious fledgling songwriter had pictured himself. 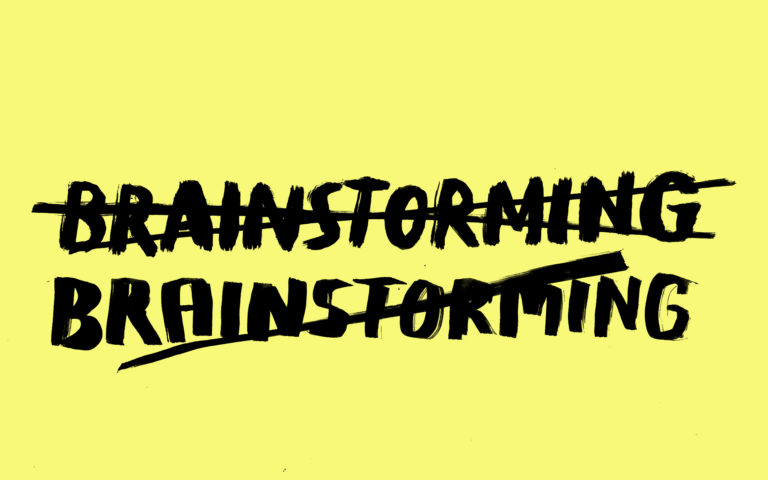 A couple of years ago I wrote about how brainstorming doesn’t work. I recently came across some more research about why.